We have beefed up our Cisco ASA NSEL Reporting using of course NetFlow. NSEL = NetFlow Secure Event logging and ASA = Adaptive Security Appliances. What is interesting about Cisco ASA NSEL NetFlow is that according to the documentation we have, the NetFlow exports kick out several different templates.  The most popular of which seem to be these:

In the above templates, you will find several fields (NSEL NetFlow elements) that you may not see in IOS:

We created over a dozen new reports including some on NATed IP addresses. For example, ASA NSEL Username Report: 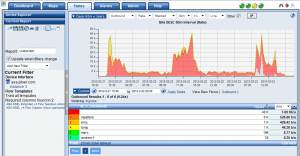 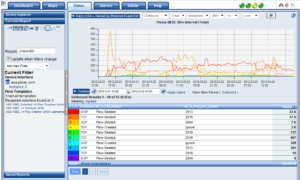 The above is similar to Cisco’s Smart Logging Telemetry Report which is available in the Catalyst 3750 NetFlow Support. We can also provide Cisco ASA syslog reporting.

Anyway, these reports are part of our Cisco Advanced Reporting module and should help with your network traffic analysis efforts. Call support if you need help configuring Cisco ASA NetFlow .