The Incident Response Plan (IRP) for Cyber Attacks outlines a fast, orderly and effective process for dealing with suspected computer related intellectual property theft. It outlines how an organization deals with hacking attempts, social networking scams, viruses, DoS attacks, data exfiltration and the like. Although the premier mission is to prevent data loss, the secondary responsibility is to try and minimize the impact on financial losses and public perception damage. 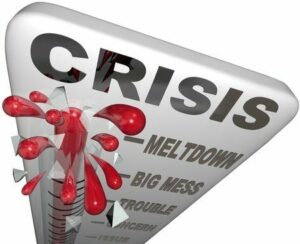 The incident response plan outlines not only the steps to be taken but, where to get necessary authorizations to stop, mitigate or even resolve various types of incidents. It is the responsibility of the incident response team (IRT) to investigate intrusion reports in a timely, cost-effective way and escalate sensitive issues to corporate executives. In order for the IRT to be effective, they are required to subscribe to various security alert services which keep them abreast of current threats and vulnerabilities.  Typical IRT members include the Information Security Officer, the Chief Information Officer, the firewall administrator, the desktop administrator, related server or application managers and others.

Why form an IRT

The IRT does not have to consist of dedicated individuals.  Many times it is a distributed effort with members from various divisions within the company.  The individuals who make up the IRT must understand how the business units work as well as their related systems which can be useful when addressing incidents to the satisfaction of business managers.  It also ensures that more than one person can be approached if the primary contact becomes unavailable. Having more than 1 person in charge however can become counterproductive. Employees who double as a member of the IRT should not take their role lightly.  Regular meetings should take place and documentation should be reviewed for updates.

Among the IRT members, responsibilities are assigned which can include but, are not limited to the following in the incident response plan:

This list continued in Part 2 of the Incident Response Plan for Cyber Attacks.