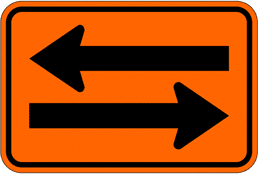 Did you recently upgrade your Cisco ASA and run into flow-export active refresh-interval problems? If you were starting to appreciate the numerous NetFlow Security Event Logging (NSEL) enhancements available in the Cisco ASA 8.4(5) NetFlow export you may be left disappointed after upgrading the ASA to version 8.5(1), 8.6(1), 8.7(1), 9.0(1), or 9.1(1). What happened?

Apparently the bidirectional flows and the flow-export active refresh-interval command (1 minute timeouts) were somehow left out of the above later versions. If you are new to these features, why would you care?  Here’s why:

Templates exported by the ASA in NSEL

Keeping the 5 templates outlined above in mind.  The follow is the flow export behavior in version 9.1(2).

In short, the active timeout issue is still not resolved and vendors must use the flow-teardown to report on 100% of the data.  This can result in spikes in the trends with utilization well over 100% in some intervals.  Because of the above behavior, if the NetFlow reporting solution uses both the flow-update and flow-teardown templates the reports will be over stated.  This is because the flow tear-down contains all the bytes that were incrementally reported by the flow-update.  Also, the last few bytes of a long live flow are reported by tear-down templates but, not the flow-update..  If only the flow-update is used for reporting, then short lived flows aren’t reported. Confused?
Cisco Engineers are aware of the above and we are hoping that they address it soon.

A bit more about bidirectional NetFlow. Although the Cisco ASA was the first firewall to export NetFlow, other firewall vendors also export it. The Dell SonicWALL and Palo Alto Networks’ firewalls also support bidirectional NetFlow or in the case of SonicWALL it’s actually IPFIX which is the proposed standard for NetFlow. If you don’t have one of these protecting your network, you could be looking at Fortinet firewall sFlow support. Barracuda firewall IPFIX support is also starting to surface.

So, Cisco ASA NetFlow may have been the first to emerge but, the others are following suit. And most of these NetFlow exporting firewall vendors include rich contextual details by exporting elements with information on user name, ACL violated, application name, MAC address, etc. Remember I wrote ‘most’ as with the Fortinet sFlow support – it isn’t possible to export these details plus, it samples packets so accuracy can be a problem.

Cisco filed bug: CSCui20863 . It appears that they have added a “flow delete” record type in the Flow Update template export. I believe that was to address one of the above issues and should provide full accounting for a flow. The change below is the recommended workaround. This theoretically means that you can modify the service policy rules to include “Created, Denied, Updated” for logging but not “Tear Down” on order to get accurate statistics.

Here are the configuration differences from this change: