Out of order packet delivery is when when the delivery of data packets on a computer network is different from the order in which they were sent.  Since applications have a relatively small buffer for keeping track of packet ordering, when packets  continue to arrive out of order the TCP network protocol will have the packets retransmitted as they’re considered to be dropped.  The impact of out of order packets on critical applications, such as VoIP,  video and RTP, is a serious one because re-transmitting a packet due to packets arriving out of order has just as much impact on  application performance as packet loss.  Two common reasons that cause packet reordering to occur are multi-path networks and parallel processing paths within network equipment.

How to monitor Out of Order Packets 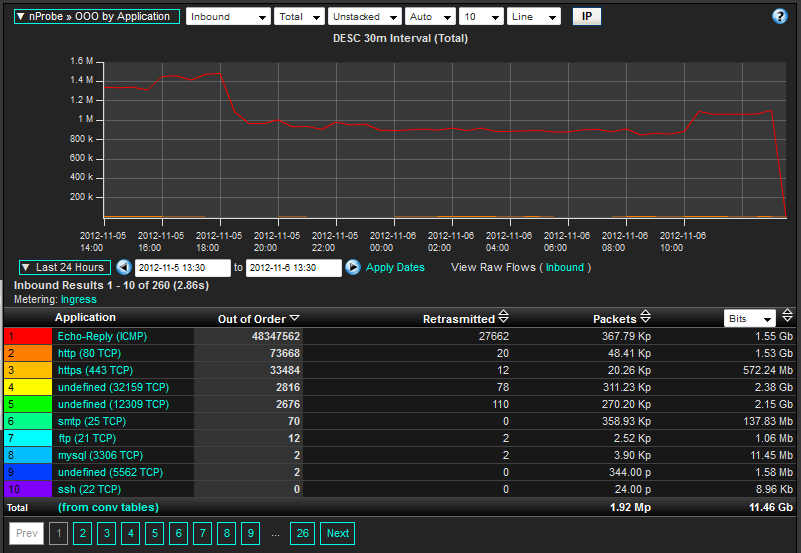 Even though the TCP network protocol provides guaranteed data delivery, even with packet loss and packets arriving out of order, your critical applications will still suffer from a loss of performance.  With the combination of an nBox and our network monitoring software you can take a proactive approach to network monitoring. If you’re looking for a guide on how to configure an nProbe IPFIX template, we have some great examples for you. How are you monitoring for out of order packets on your network?

Paul Dube is the Technical Support Manager at Plixer. He has a passion for enabling individuals and organizations to use highly complex systems to solve business and personal objectives. This passion for problem solving has Paul working with some of the largest enterprises to solve their security and networking challenges and also educating his young daughters on how to enrich their lives with technology. When he's not working, you will find him enjoying time with his family, cooking something delicious on the Big Green Egg, and enjoying the best brews that the locals have to offer.