Are you facing a growing communication infrastructure and needing greater insight into all corners of the network? NetFlow has become the turn to technology for security and network teams who thirst for details on who, what, when and where. 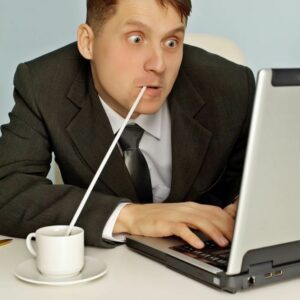 The reason: NetFlow and IPFIX are the network traffic analysis technologies that meet nearly all of the cyber attack incident response requirements. Why has the market selected flows over other technologies such as SNMP or packet capture?

The NetFlow Problem – Well, Sort of …..
As the elements of what flow technology can be used to export proliferates, it carries an Achilles heel: volume. The more details administrators try to stuff into a single flow tuple, the more overhead is produced. For example, requesting URL could cause what was a single flow to be broken up into multiple flows. To add salt to the wound, more details means more bytes pushed into the same flow. A single NetFlow datagram that used to send 30 flows might only send ~4 flows if excessive details are inserted into each flow. Also, if less packets have matching details, the device ends up sending many more flows. In other words, Asking NetFlow v9 or IPFIX to export greater details starts encroaching on packet capture turf and begins to defeat one of the underlying intentions of flow technologies (i.e. less is sometimes more). For this reason, the trend in the industry that is supported by multiple hardware vendors is to allow the user to select what they want to export. This is the brilliance behind Cisco Flexible NetFlow which is a configuration interface for setting up either NetFlow v5/v9 or IPFIX.

Another area that needs consideration when expanding the flow tuple to include more details is overhead. Asking the devices (e.g. routers) to match on more criteria and provide more information about each flow places more overhead on the hardware. When the tuple (i.e. matching criteria) is fixed, the processing can be done in ASICs like sFlow however, if the vendor chooses to make the flow fields (i.e. elements) definable by the end user (e.g. Flexible NetFlow), it can sometimes require more CPU.

Regardless of what we decide to export in flow datagrams, the future will likely demand more details and sampling is often the least favorable option. Because of this, end users may have to make some tough decisions on what to send to the NetFlow and IPFIX collector. And the servers consuming the flows will need to be able to consume well over 100,000 flows per second and operate in a distributed format that allows collection rates to stretch into the millions of flows per second. Get started with an incident response system today and open your eyes to the malware and congestion issues that need to be eradicated from your network.