I’m in an airport waiting for a flight and reflecting on a meeting I had today with a customer to discuss the future of Scrutinizer. One of the many conversations relating to NetFlow and sFlow revolved around blocking Web sites such as Facebook, Youtube, Twitter, CNN, etc., and I think it is a shame. I think nearly everyone would agree that traffic to these networks could mean people are goofing off at work,  but not always. 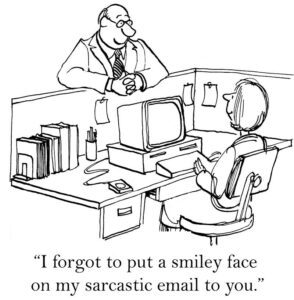 Your business can benefit from YouTube
Marketing departments in the most successful businesses  today have recognized and are spending time and resources on these Web sites for something called permission based marketing. These sites are critical to businesses looking to learn more about their consumers, competitors and general interests in and around their respective products.

I’ve witnessed on several occasions employees, including myself, watching tutorials on YouTube to better understand how something works. Imagine, free instructional videos on how to do something.  Why would we want  to block that? The time these tutorials can save us from learning the old fashioned way can be considerable.

Company policy is usually the best strategy
Company policy should guide end user Internet behaviors; it shouldn’t be used as a tool for over-zealous managers or network administrators to ban the use of the Web.  Through this effort, they can be taught to police their own behavior. Put obstacles in their way and they will resent management and look for ways to beat the security.

I love my kids
I have two little girls age seven and eight. When they get into an argument that doesn’t seem to resolve itself I step in and usually say something like, “You need to figure out how to resolve this or you are both going to your rooms.” I think 90% of the time the problem disappears. I feel people should be given the opportunity to govern themselves first.