END_OF_DOCUMENT_TOKEN_TO_BE_REPLACED

I was trying to find some real meat and potatoes on the differences between IPFIX and Cisco NetFlow v9. In my searches I kept coming back with an empty plate. 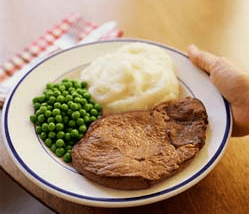 This is one of those times where I had to roll up my sleeves, dig into the RFCs and actually find out for myself.

A word about the RFCs
You probably already know that IPFIX RFC 5101 and RFC 5102 are derived from the NetFlow version 9 RFC, which was written by Benoit Clais, a business friend of mine. Actually, you’ll notice that Benoit worked on the IPFIX RFCs as well. Anyway and more to the point, what makes them different? I wanted some specifics!

The chicken or the egg?
NetFlow v9 came first. IPFIX made provisions for NetFlow v9 and added support for it. This is not a tough one to figure out if you look at the RFC numbers.  😕 heh heh  Anyway, IPFIX lists an overview of the “Information Element identifiers” that are specified in Section 5 of the RFC and are compatible with the “field types” used by NetFlow v9.  These are basically the juicy details of information that can be exported by NetFlow. Some things you will notice right away:

So, there you have it (i.e. some meat and potatoes).  I could really dig in and blog in detail about the differences even more, but maybe I will later.  At first I have to digest the above.  🙂

FYI: Updated blog on 9/3/2011 that is related to this topic titled IPFIX Information Elements Vs. NetFlow Elements.

This is article 2 of a 3 part series on the differences between NetFlow version 5 and v9. Read Cisco NetFlow v5 vs. NetFlow v9: Part 1.

The Big Mac
You expected it but Cisco NetFlow v9 is really more than a Big Mac®. To hold to the analogy, the Big Mac brings cheese, lettuce and a sesame seed bun to the traditional McDonald’s burger. It brings more substance, more meat! It brings the coveted “special sauce”.

If you haven’t already, take a look at the format of Cisco NetFlow v9.  At first you might think “wow, too much information”.  Let’s keep it all in perspective.   You can get tons of information using SNMP and most people only scratch the surface.

Hey, I need a template
With NetFlow v5, the collection software is usually hard coded with the decode information necessary to digest the incoming flows.  It is predetermined and never changes.  It is always the same old fields in the same order. Some call it deterministic, and therefore, collection can be fast.

With NetFlow v9, templates are periodically sent out (e.g. every minute) on how to decode the packets. The collector often must hold off on decoding datagrams until a template is received. This template architecture makes v9 very dynamic with what it can send. Some of the new features in v9 that some customers might be looking for include:
• Source and Destination MAC addresses
• IPv6 support
• Improved details on VLANs and MPLS connections
• Flow sampling, which is kind of like sFlow.  See NetFlow vs. sFlow
• Interface Name and Description (usually requires SNMP)
• Egress Flows which I’ll digress on in another blog (Important)
• Many more capabilities.  I’ll talk about Flexible NetFlow later.

NetFlow v9 downfalls
Version 9 is not without its weaknesses. First of all, most people turning it on are using it to collect the same data you can get with version 5. How come? Most NetFlow collection packages don’t provide a reporting interface to view the additional information provided by v9. What’s more, the advanced exports are more complicated to configure, and without a reporting package, it is more work to figure out if it is exporting correctly.

Like SNMPv2, NetFlow v9 will take time to roll out. Customers need to ask for the additional features. Where’s the ‘demand’?  Too bad I wasn’t drawing comparisons to Wendy’s Hamburgers.  Anyway, we need to hear from you! Vendors need to hear from more than one customer that a feature is needed and why. A business case can then be justified and software development can begin.

What is Cisco up to?
NetFlow v9 is Cisco’s attempt to let the Network Administrator export nearly any information he/she wants from the router. It is my guess that someone at Cisco took a class on Microeconomics and is trying to encourage the IOS software developers to write more features into NetFlow in hopes that the consumer will strive for more ‘utility’  and ultimately ‘Demand’ will follow.   🙂 We’ll discuss flexible NetFlow in my 3rd and final blog in this series.

Update: All the parts to this series have been published. See Part 1 here, Part 2 here, and Part 3 here.