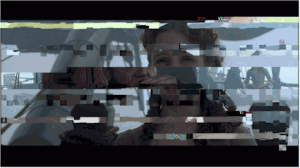 What is packet loss and how do I troubleshoot packet loss with NetFlow and IPFIX? I remember when I was growing up we had a satellite connection for our television and when we would get a big snow storm while watching a movie the quality would become so poor that the movie would look like the image in this post and the movie would become unwatchable. We can attribute the poor video quality to network packet loss, as it’s hard to send network traffic through a blizzard.

What is packet loss?

Network packet loss occurs when one or more pieces of data traveling across a computer network fail to reach their destination. There are a number of different reasons why you can experience packet loss with the most common reasons being signal degradation, network congestion, corrupted packets, faulty networking hardware and excessive interference (noise).

What is the effect of packet loss?

Packet loss has an adverse effect on all network communications, but it effects some types of transfers differently than others. For example, a UDP network transfer is a best effort type of transfer. This means that any data that doesn’t make it to the destination is lost. This is much like the mailman dropping your letter to Santa in the trash. Real-time protocols, such as VoIP and video conferencing, use best effort transfers because by the time the packet needs to be re-sent the phone or video conversation has already moved on. This means you may miss a word here and there which is called VoIP Jitter.

The other type of network transfer is known as a  TCP connection which guarantees delivery, such as when your sending your Christmas list document to all of your relatives and it just HAS to make it there. The problem here is that if data is lost in transfer it needs to be re-transmitted which uses additional bandwidth and slows down your data transfer.

How to troubleshoot packet loss with Flexible NetFlow and IPFIX

Let’s take a look at some Flexible NetFlow and IPFIX sending network devices we can use to test packet loss.

Here we have a Cisco Host to Host Jitter report that’s displaying Quality of Service, Packet Loss and Jitter per conversation on our network which allows us to quickly identify problem hosts. 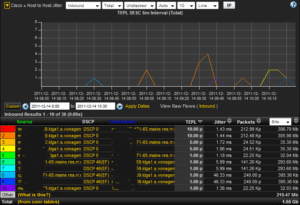 This SonicWALL IPFIX VoIP Conversations report allows us to see which phone calls are experiencing the worst packet loss and jitter. 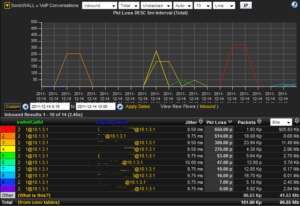 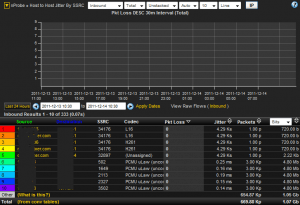 With VoIP and videoconferencing becoming widespread technologies make sure you’re using a Best at NetFlow solution to help your network monitoring needs.