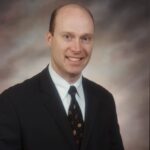 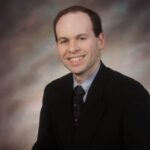 Eventually, the company came to be known as SOMIX Technologies, with several products available, including world class technical support and field engineers that would travel to a customer’s site to provide software installation and follow-up maintenance. The products available at this time were Denika, Logalot, and also WebNM.

As their customer base grew, they added employees.  Many of them had met at Cabletron Systems.

An interesting sidenote about SOMIX is that, as did the founders of Cabletron Systems, Craig Benson and Robert Levine, SOMIX also spent a short stint working out of a garage. Cabletron Systems began in a garage, SOMIX had temporarily used space in a garage awaiting the move to our current office.

Where did the name Plixer come from? Well, I asked Michael Patterson about that, and he said, “Nowhere, we just liked the name.” As, I suppose, is also how the name SOMIX was chosen.