Are you trying to get hardware and software based NetFlow from your Cisco Catalyst 4506 or Catalyst 6500 series switch? The Introduction to Cisco IOS NetFlow page does a great job explaining how to set this up.  Below is a paste from the document: 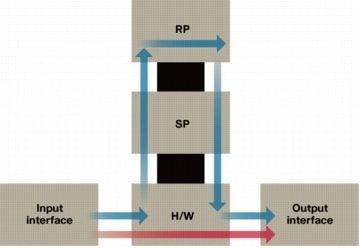 The hardware switched flows use the MLS commands to configure NetFlow. Remember for hardware based flows, NetFlow is enabled on all interfaces when configured.

The following is the configurations for NetFlow on the MSFC for software based flows. This configuration is equivalent to what is shown in Appendix A. The user configures NetFlow per interface to activate flow characterization and also configures an export destination for the hardware and software switched flows.
interface POS9/14

More Information on the Cisco Catalyst 6500 Series Switch NetFlow Configuration can be viewed at: http://www.cisco.com/en/US/products/ps6601/prod_white_papers_list.html#anchor7

The above is only a paste from the actual page.  I found some great ‘show’ commands on it as well.

Ingress Vs. Egress
Are you planning on exporting ingress or egress  flows?  Do you care? If you are trouble shooting the NetFlow configuration of a Catalyst 6500 or 6000 switch you might.  “When both the ip flow ingress and ip flow egress are enabled on the BVI interface, then it leads to receive duplicate packets. Usually the netflow is configured either only in ingress or egress, since netflow works on a per interface basis.” Source.

Our NetFlow Analyzer can be used for this type of network traffic monitoring and handles a mix of ingress or egress just fine.  It is one of the few that can!