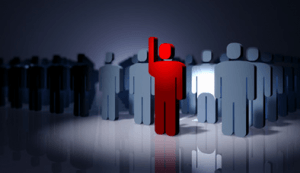 High volume flow exports may also consume too much bandwidth when sent across the network. Did you know that a sampling rate of 1 out of 100 packets reduces the export of NetFlow data by about 50 percent. This blog will cover how to setup NetFlow Sampling on:

Cisco IOS NetFlow Traffic Sampling
When using IOS, 1 out of X packets are sampled as they arrive (before any NetFlow cache entries are made for those packets).  Here are a few NetFlow sampling nuggets:

Flexible NetFlow can also be used for sampling traffic.  The example below assumes that you have already created a FnF configuration with a monitor named FnF-Sampler-MON
Commands:

Note: You CANNOT use a Flexible Netflow monitor to sample if it is being used as a non-sampling monitor elsewhere.

NetFlow Sampling on the 12000 can be configured to sample 1 out of every X packets.  Here are a few details:

Router#show ip flow sampling
Flow sampling is enabled
‘Packet Interval’ sampling mode is configured.
1 out of every 100 packets is being sampled.

NetFlow sampling on the Nexus 7000 can also be configured to sample 1 out of every X packets.

Further details on the Nexus 7000 sampled NetFlow configuration can be found on Cisco’s web site.

Cisco 7200 routers and Cisco 6500 series MSFCs Sampling Configuration
There are 2 types of NetFlow sampling that can be done with the Cisco 7200 and 6500 series. The technology used here is not packet sampling in the same sense as sFlow. Rather, here we are talking about “flow” sampling.
“time-based” and “packet-based”.  Packet-based NetFlow sampling uses one of the two following methods to select flows for sampling and export (taken from Cisco documentation):

Packets: Collect all flows with < or > X packets in Y milliseconds

Catalyst 4948E NetFlow-Lite Packet Sampling
Requires that the 4948E be running CatOS version 15.0(2)FG. This switch provides hardware based packet capture with less than 10% load on CPU. This is the first example of Cisco’s support for IPFIX and the proposed PSAMP technology.

netflow-lite sampler check  ;naming the sampler ‘check’
packet-rate 32    ;sample 1 in every 32 packets
packet-section size 64   ;sample the first 64 bytes from the offset
packet-offset 0    ;the off set from the beginning of the data field is 0
!

Why is the “options sampler-table” command important? This gives the analysis engine sample rate and method information in order to compute statistically likely traffic rates.  If this information was not used, the reporting engine would simply have to display the data as unsampled an would be significantly lower than the actual bandwidth.

Summary
Due to sampling, a netflow or ipfix collector receiving a small percentage of the traffic will not properly represent total through put.  An sFlow analyzer can get around this by using the counters in conjunction with the IP samples.   Conceivably, instead of statistical prediction, you could use a flexible netflow monitor containing src/dst interface key fields with packet and byte counters to create a small cache. I haven’t tested this yet but, my feeling is that this would essentially do the same thing as sflow with a small resource footprint. Right?